A Flawed Nexus?: Civil Society and Democratization in the Middle East and North Africa 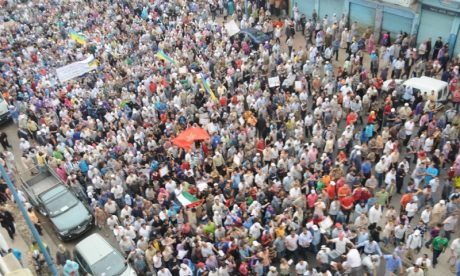 Following the end of the Cold War, a great deal of attention focused on the concept of civil society and its potential to contribute to the process of democratization in the Middle East and North Africa (MENA). Civil society—generally understood as the zone of voluntary associative life beyond family and clan affiliations but separate from the state and the market—has become the subject of a substantial academic literature, as well as one of the focal points of policy-making for international actors. In particular, the belief that civil society plays a crucial role in the process of democratization became widespread.

This was grounded in three factors. First, there was an assumption that civil society activism was conducive to democratization where authoritarianism existed, and to the maintenance of democracy where democracy already exists. Second, the experiences of Latin America and Eastern Europe in the 1980s and early 1990s seemed to demonstrate that the first assumption was well-founded. Much of the analysis of political transformation in both regions focused on the purported role of civil society in promoting and effecting democratic political change. In this perspective, civic movements, intellectuals, trade unions, student groups and a host of other voluntary associations came together to press their demands on narrowly based authoritarian regimes with considerable success. Finally, the dramatic increase in the number of civil society organizations in the MENA region in the post-Cold War setting, and the range of activities in which they were involved, led many to see these developments as necessary precursors of democratic political change in the region.

Read more: A Flawed Nexus?: Civil Society and Democratization in the Middle East and North Africa