After the Arab Uprisings: Popular Expectations and the EU’s Response 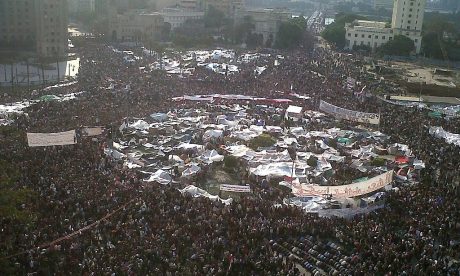 The Arab Uprisings moved the EU to learn lessons from past mistakes and re-define its approach to development, democracy, and security.  Reality, however, has fallen short of this aim. Analysis of the revised Neighbourhood Policy suggests it changed little, falling back on pre-Uprisings conceptions and discarding approaches which were more inclusive, organic, and better suited to long-term EU interests. Conversely, ArabTrans survey data shows MENA populations display precisely the more substantive and holistic approaches to democracy which EU policy discarded. It also shows supporters of the Uprisings were driven by dissatisfaction with the provision of satisfactory socio-economic conditions and tackling corruption, and that their expectations of improvements remain largely frustrated. This mis-match between policy and  popular expectations leaves existing difficulties unaddressed.

The Arab Transformations Project is an international research consortium which has conducted extensive research focusing on Morocco, Tunisia, Algeria, Libya, Egypt, Jordan, and Iraq, to understand and evaluate political, social, and economic transformations before and after the Arab Uprisings of 2010-2011. Funded by the European Commission’s Research Council, the survey dataset and collated secondary data gathered between 2000-2015 makes it possible to look comparatively at trends in attitudes and behaviour across the Middle East and North Africa (MENA). The Arab Transformations project is coordinated by the University of Aberdeen (UK) and delivered by a multi-disciplinary consortium made up of six partners from Middle East and five partners from Europe, including ISPI.