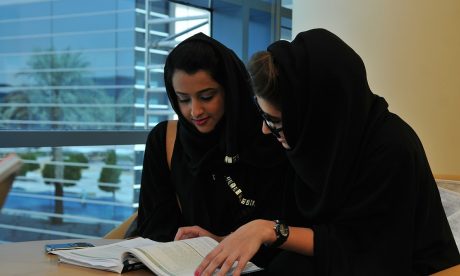 With one in four young people unable to secure a job, youth unemployment is widely regarded as a defining challenge of the MENA region. Young women are particularly affected: in many countries in MENA female youth unemployment rates exceed 40%. Despite decades of regional advancements that have improved gender equality in education, less than one in three women in MENA is in the labor force. The figure is half the global average for female labor force participation, which has reached nearly 50%.

In the next decades, an estimated 50 million women will come of working age in the MENA region. Beyond providing dignity and financial independence, raising the Female Labor Force Participation (FLFP) rate to country-specific male levels could produce dramatic economic gains. Estimates suggest that full equality in labor markets in MENA could boost regional Gross Domestic Product (GDP) by 47% over the next ten years, and MENA could realize $600 billion in economic impact annually, or $2.7 trillion by 2025 (in 2014 dollars).