Inside Wars. Local Dynamics of Conflicts in Syria and Libya 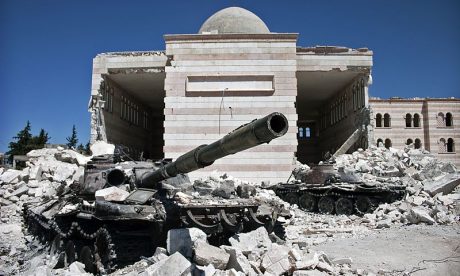 The Middle East and North Africa region (MENA) is undergoing profound transformations. Longterm structural changes of a socio-economic and demographic nature combine with the dynamics triggered by regime change and/or the armed conflicts which ensued from the 2011 uprisings. Together, they are producing major effects at the transnational, national and local levels.

The pre-2011 regional order is being challenged, leading to a multiplication and intensification of geopolitical confrontations among regional and international powers which augment the risks of instability for the region and beyond. At the national level, political changes have led to instability which has sometimes deteriorated into armed conflicts. As a result, both the overall regional configuration and the internal situations of individual nation states are being redesigned and rearranged. New fault lines and new alliances have emerged. Borders have become flash points on the region’s evolving political map, through reactivation of border tensions, a loss of central state control over border areas, and even a questioning of post-colonial national borders (Syria-Iraq; Libya).

Read more: Inside Wars. Local Dynamics of Conflicts in Syria and Libya