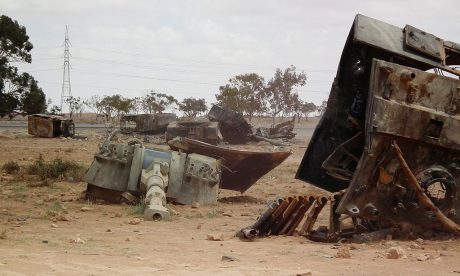 Libya is at a dangerous turning point. The post-Muammar Gaddafi transition has divided the country between three rival governments and dozens of armed groups. Once one of Africa’s wealthiest nations, Libya is now bleeding cash, in desperate need of humanitarian aid, and threatened by Islamic State (ISIS). Worse, from a European perspective, its chaos threatens to unleash greater migration flows and terrorism on Europe.

The recent creation of a national unity government is an opportunity to address these threats. Libya is a massive security problem, just a few hundred kilometres south of the European Union’s borders. But this is the result of domestic political and economic dynamics, which can be addressed only through the establishment of a strong unity government. These dynamics are made worse by the interference of some of Europe’s top allies in the region.The EU and its member states, in close coordination with Washington and other allies, should push Prime Minister Faiez Serraj to address the domestic drivers of instability, focusing on economic recovery and reconciliation with rival forces in the east of the country. EU member states will have to choose whether to stabilise Libya at the cost of taking a tough line on their allies in the Middle East, or acquiescing in the unacceptable behaviour of some of these allies, who signed statements recognising the unity government but  then supported rival administrations.