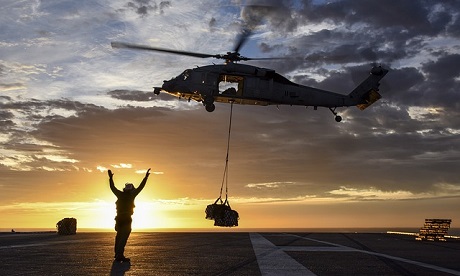 The US president’s position towards the Gulf Crisis continues to fluctuate. Yet, it is possible to assume that the official consensus within the US administration is that the crisis must be solved and the blockade lifted as soon as possible.The continuation of the Gulf crisis threatens to dismantle the most important US allied bloc in the region, the Gulf Cooperation Council. Its persistence serves Iranian interests and undermines efforts to isolate Iran within the rest of the Middle East. At present, and as made clear by Trump’s recent address at the UN General Assembly, Washington is in fact escalating its rhetoric with Iran. In addition, this crisis threatens the US-led War on Terror, a cornerstone of Washington’s foreign policy. The Pentagon is concerned that its military operations in the Middle East may be affected by the Gulf crisis, especially since Qatar hosts the largest US military base in the Middle East.

Read more: President Trump’s Evolving Approach to the US Position on the Gulf Crisis