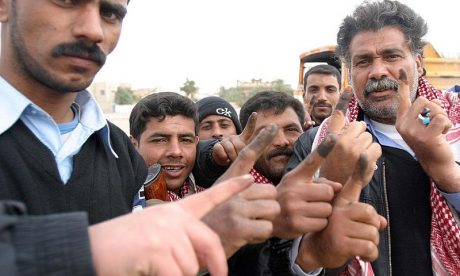 Since the Arab uprisings of 2011, European Union (EU) assistance has nominally targeted more resources to supporting democracy movements in the Middle East and North Africa (MENA) region. This reflects the failure of previous approaches, as the two documents reviewing the European Neighbourhood Policy (ENP) of 2011 acknowledge, as well as a stronger focus on democracy and human rights through the Strategic Guidelines on Human Rights of 2012 and the two accompanying Action Plans. Resources earmarked for supporting civil society have been increased, the budget for the European Instrument for Democracy and Human Rights (EIDHR) has been beefed up, and the strengthened EU Delegations have become more empowered to reach out to groups at the local grass-roots level behind democracy activities. The European Endowment for Democracy (EED) was created with the mandate to support individuals and organizations in neighbouring countries that work for democracy. The EU has better equipped itself institutionally, financially and conceptually, by strengthening its bottom-up grass-roots approach to democracy support. Whether this translates into a more effective strategy for democracy support, however, is questionable.

Read More: Report on democracy assistance from the European Union to the Middle East and North Africa