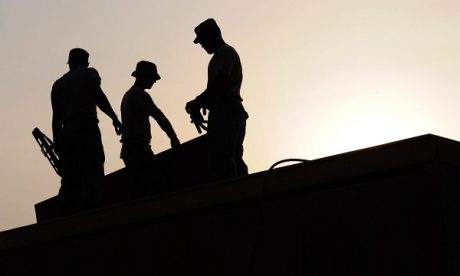 As European policymakers grapple with the inflow of refugees from Syria and other countries, it is easy to forget that each refugee comes with his or her own history. Addressing the so-called “refugee crisis” there forerequires understanding the proximate causes that led the refugee to take a perilous journey to the shores of Europe. This report explores the plight of Syrian refugees and of the Syrian people more generally. Those coming to Europe are the tip of the iceberg, representing a mere 10 percent of registered refugees. The majority are in neighboring countries of Turkey, Lebanon, Jordan, and Iraq. In addition, among those who remained within the borders of Syria, 7.6 million people are now considered Internally Displaced Persons (IDPs). Five years after its onset, the Syrian Civil War has claimed anywhere between 132,000 and 470,000 lives and has led almost half of Syria’s 22 million population into forced displacement. A preliminary and partial assessment sets the damages caused by the conflict to the capital stock at $70-80 billion as of mid-2014.

In light of the ever-worsening situation inside the country, with devastating humanitarian consequences, this report argues that the impact of the civil war on the Syrian society will be persistent, and that development institutions can take immediate actions to help preserve development achievements and foster peace. The challenges facing the country need to be addressed now. The report first takes stock of the damage and death through the experiences of refugees in neighboring countries, and then delves into the violence and devastation inside the country. The final section illustrates that a more audacious development agenda can help bring about relief and appeasement in the short-term, and stability in the long-term. While full-scale reconstruction may have to wait for peace before it can start, a credible reconstruction strategy can foster the return to peace. The report calls for the international community to be the guarantor of an inclusive reconstruction strategy that not only makes peace sustainable tomorrow, but makes it happen today: peace and reconstruction are two sides of the same coin.