The Dangers of Outsourcing the War against ISIS 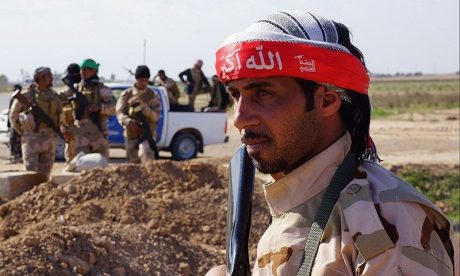 On 26 June, the Iraqi government declared Fallujah, a city just west of Baghdad, fully liberated after more than two years of Islamic State of Iraq and Syria (ISIS) control. The Iraqi army played a key role in the effort, but it could not have won without the Popular Mobilization Forces (PMF) – an umbrella of Iraqi militiamen who are mainly Shia but who now also include some Sunnis – and airstrikes by the US-led coalition. The Iraqi government has been unwilling to acknowledge its dependencies, however, and has portrayed the PMF as a mere sidekick to the national army even though many of the groups fighting under the PMF banner operate independently. Such groups do not report to the Iraqi government and some of them have other patrons, including Iran.

However slanted, Baghdad’s characterization of the PMF helps it legitimize their partnership by elevating their status from militias to government aides and it also makes the weak national army and government appear stronger. But the tactic is dangerous and it could backfire. Iraq is essentially outsourcing the fight against ISIS to militias backed by Iran, which could weaken state legitimacy and sovereignty in the long run. This dynamic is also present in Syria.

Read more: The Dangers of Outsourcing the War against ISIS