The United States and Turkey. Friends, Enemies, or Only Interests 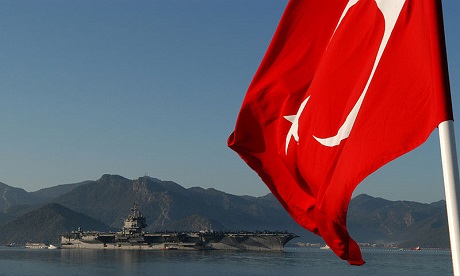 Turkey has been one of the United States’ most dependable and substantial allies for more than seven decades. It served as a bulwark against the Soviet Union during the Cold War. In the 1990s, it played a key role in containing Iran and Iraq as well as supporting the stabilization of the Balkans and the launch of the East-West energy corridor. Since the 9/11 attacks, it has been involved in state-building efforts in Afghanistan. Until only a few years ago, Turkey was touted as an inspirational model for the Middle East and the Muslim world. It is no coincidence that the relationship between Turkey and the U.S. has often been called a “strategic partnership”—and survived several regional wars, economic downturns, and successive administrations.

Asli Aydıntaşbaş Fellow at the European Council on Foreign Relations

Read more: The United States and Turkey. Friends, Enemies, or Only Interests