Tunisia: Civil Society, the Driving Force behind the Democratic Transition 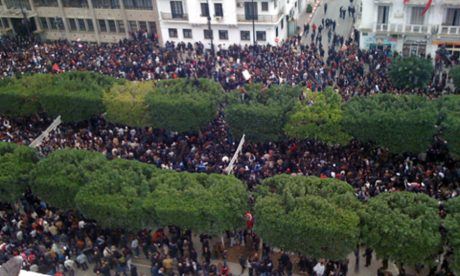 In the devastated landscape of what has rather hastily been called the Arab Spring, Tunisia is an exception.  This  country,  which  in  January  2011 triggered  the movement of Arab revolts against dictatorshipand for freedom, has certainly undergone a long and fragile political transition, but it has managed – four years, three political assassination and six administrations later – to retain its republican institutions, enact a new  constitution hailed by numerous observers as the most progressive in the Muslim world, and pass the test of two legislative elections (October 2011 and November 2014) and as many political changeovers (the seculars handed the reins of power over to the Islamists in 2011, then vice-versa in 2014) to arrive today at a parliament, a government and a President elected through universal suffrage for a five-year term.