What do ‘The People’ Want? Citizens’ Perceptions of Democracy, Development, and EU-MENA Relations in Egypt, Iraq, Jordan, Libya, and Morocco in 2014 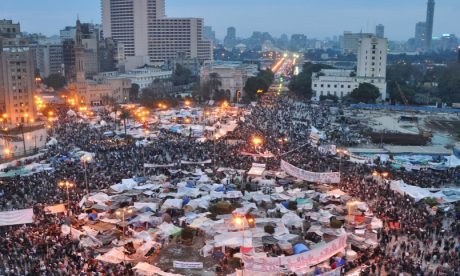 In 2010-11 an unprecedented wave of protests and demands for regime change spread across the MENA region following the self-immolation of Mohammed Bouaziz in Sidi Bouzid, Tunisia, on December 17th, 2010. In the wake of this ‘Arab Spring,’ many called for a ‘paradigm shift’ in the EU’s approach, including the then Enlargement and European Neighbourhood Policy Commissioner, Štefan Füle, who stated: “The peoples of this region have taken a courageous stand to defend their rights and to introduce democracy and social reforms. The EU must rise to the challenge […] it has often focused too much on stability […] Now is the time to bring our interests in line with our values. Recent events in the South have proved that there can be no real stability without real democracy” (SPEECH/11/436; p. 1). However, the EU’s substantive vision for both development and democratization remained unchanged, paying too little attention to socio-economic rights and inclusive economic development on the one hand and to politically sensitive civil and political rights (e.g. freedom to protest and freedom of association) on the other. This lack of responsiveness transpires from public opinion surveys conducted by the ARABTRANS project in Egypt, Jordan, Iraq, Libya, and Morocco in 2014. Specifically, it sheds light on what people’s political demands are, what they understand by democracy, what they want governments to deliver, their attitudes to the EU, how they evaluate EU policies and how they think the Union can best support them.

Arab-Transformations (Political and Social Transformations in the Arab World) is an international research project executing within the FP7 program of the European Commission. The consortium of ArabTrans is led by the University of Aberdeen and comprises ISPI as well as several MENA and European institutes.

Read more: What do ‘The  People’  Want? Citizens’ Perceptions of Democracy, Development, and EU-MENA Relations in Egypt, Iraq, Jordan, Libya, and Morocco in 2014