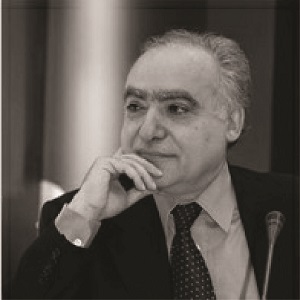 Ghassan Salamé has been Special Representative and Head of the United Nations Support Mission in Libya (UNSMIL) since June 2017. He brings to this position over three decades of experience in public service and academia. In 2003 he served as the Political Advisor to the United Nations Assistance Mission for Iraq (UNAMI), where he played a crucial role in bringing together Iraqi factions. He was then appointed Senior Advisor to the Secretary-General (2003-2007, 2012). In 2016 he joined the Commission on the Rakhine State (Myanmar) chaired by Mr. Kofi Annan. For most of his career, Ghassan Salamé was professor of International Relations at SciencesPo (Paris) and he is the founding Dean of its Paris School of International Affairs – PSIA.