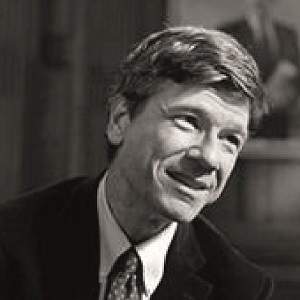 Jeffrey D. Sachs is a professor of economics, leader in sustainable development, He is the co-recipient of the 2015 Blue Planet Prize, the leading global prize for environmental leadership. After he served as Director of the Earth Institute (2002-2016), he was appointed Professor at Columbia University in 2016, he also serves as Quetelet Professor of Sustainable Development, and Professor of Health Policy and Management. Jeffrey Sachs is Director of the Centre for Sustainable Development, and the UN Sustainable Development Solutions Network. He is Special Advisor to United Nations Secretary-General António Guterres on the Sustainable Development Goals, and previously advised UN Secretary-General Ban Ki-moon and UN Secretary-General Kofi Annan on the Millennium Development Goals. He is a Distinguished Fellow of the International Institute of Applied Systems Analysis in Austria. He is co-founder and Chief Strategist of Millennium Promise Alliance, and was Director of the Millennium Villages Project (2005-2015). He spent over twenty years as Professor at Harvard University. He was among the outside advisors to Pope John Paul II on the encyclical “Centesimus Annus” and recently has worked with the Pontifical Academy of Sciences and the Pontifical Academy of Social Sciences on the issues of sustainable development, especially in the context of Pope Francis’ encyclical “Laudato Si’”.