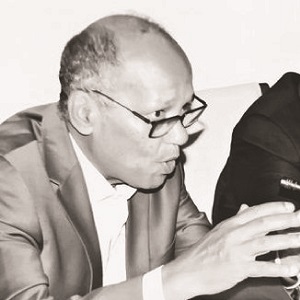 Abdelhak Bassou occupied several offices within the Directorate General of the Moroccan National Security where he was Borders’ Division Chief from 1978 to 1993. He was the former Director of the Royal Institute of Police in 1998. He served as the Chief of Regional Security (Errachidia 1999-2003, Sidi Kacem 2003-2005) and was also Head of the Central General Intelligence from 2006 to 2009. From 1986 to 1992 he contributed to the work of several international organisations including the Council of Arab Interior Ministers, where he represented the Directorate General of National Security in several meetings. Abdelhak Bassou holds a Master’s Degree in Political Science and International Studies from the Faculty of Law, Economics and Social Sciences of Agdal in Rabat.