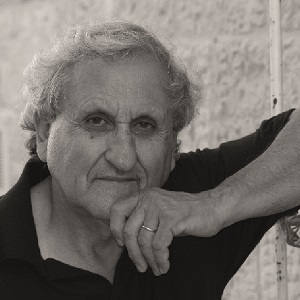 Abraham B Yehoshua is an Israeli Writer. From 1963 to 1967 he served in Paris as the General Secretary of the World Union of Jewish Students. He moved back to Israel and since 1972 he has been a Full Professor of Comparative and Hebrew Literature at Haifa University. In 1975 he was invited as guest writer to St. Cross College, Oxford. He was a Visiting Professor at Harvard, Chicago University, and Princeton. He was awarded with the Brenner Prize in 1983, the Alterman Prize in 1986, the Bialik Prize in 1989, the Israeli Booker Prize in 1992 and the Israel Prize in 1995. He also won the American Prize for the best Jewish book in 1990 and 1993 and the prestigious Koret Prize. He received an honorary doctorate from the Hebrew Union in 2000, Wiezman Institute (2009) and Ben-Gurion University (2011) and, in 2012, an honorary doctorate from the Scuola Normale Superiore of Pisa, Italy.  He has received many prizes for his writing such as the Jewish Quarterly Prize, the Boccacio Prize, and the Viareggio Prize in 2006. In 2008 he won the Rome Prize. In 2013 he won the Pris Medicis in France for his retrospective and, in 2016, he was awarded the Emet Prize in Israel; in 2017 he received the Dan David Prize and the Antonio Feltrinelli Prize from the Accademia Dei Lincei.