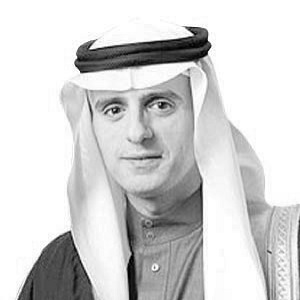 In April 2015 Adel bin Ahmed Al-Jubeir was appointed Minister of Foreign Affairs by the Custodian of the Two Holy Mosques, King Salman bin Abdulaziz. He has 30 years’ experience in the diplomatic field, working at the Saudi Arabian Embassy in the United States and at the United Nations in New York. After four years, he made his first media appearance, speaking in his capacity as an official of the embassy of Saudi Arabia in Washington in 1990, a post he held until the summer of 1994. He was a member of the Permanent Mission of the Kingdom of Saudi Arabia to the United Nations General Assembly from 1994 to 1999. In 1999, he returned to the Embassy of Saudi Arabia in Washington as Head of the Embassy’s media centre. In 2005 Adel bin Ahmed Al-Jubeir was appointed to the position of Advisor at the Royal Court. In January 2007, he served as Ambassador of the Kingdom to the United States.