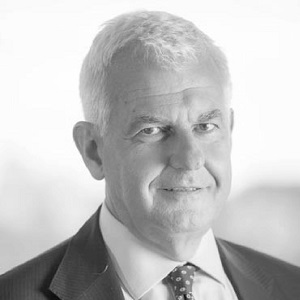 Alessandro Profumo is CEO of Leonardo S.p.a. since May 2017, and is also Honorary Chairman of the Italian Industries Federation for Aerospace, Defence and Security (AIAD). He began his career at Banco Lariano in 1977. He worked at McKinsey & Company, and at Bain, Cuneo & Associati. In 1991 he joined Riunione Adriatica di Sicurtà as General Manager. In 1994 he joined Credito Italiano (today Unicredit), where he was appointed Deputy General Manager, and in 1995 Chief General Manager; in 1997 he was appointed CEO till 2010. He served as Chairman of Monte dei Paschi di Siena Bank (2012-15), and as a Board Member and Chairman of Equita SIM (2015-17). Alessandro Profumo was member of the High Level Expert Group in Brussels to reform the structure of the EU banking sector, and Chairman of the European Banking Federation and of the International Monetary Conference. He was on the International Advisory Board of Itaú UniBanco, and a member of Sberbank’s Supervisory Board. He was also a member of the Board of Directors of Eni, Mediobanca, and Bocconi University, and member of Mediobanca’s Executive Board. In 2004 he was awarded the Cavaliere al Merito del Lavoro (the Italian Order of Merit for Labour).