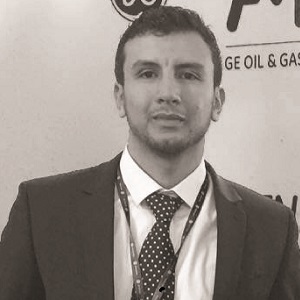 Ehab Abdulgader has been Director and COO of PetroGas since January 2016, with the responsibility of measuring effectiveness and efficiency of business processes, both internally and externally, to develop and implement growth strategies to improve the success of PetroGas and its partners. His main tasks include identifying and raising capital to foster the growth of the business through strategic investments, and providing consultancy to a number of major international companies operating in Libya across various sectors. Between 2005 and 2008 he worked in the Abbey Logistical Services (UK) and in 2008 began his career in PetroGas, where he previously served as Business Coordinator (2008-2014) and as General Manager (2015).