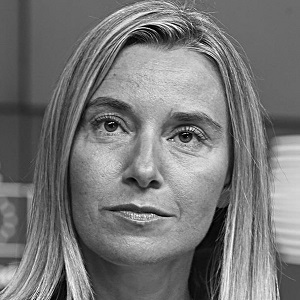 Federica Mogherini has been the European Union’s High Representative for Foreign Affairs and Security Policy and Vice President of the European Commission in the Juncker Commission since 1 November 2014. She was the Italian Minister for Foreign Affairs and International Cooperation from February 2014 to October 2014. Between 2013 and 2014 she was also head of the Italian delegation to the NATO Parliamentary Assembly. In 2008 she was elected a member of the Italian Parliament, where she worked until 2014. From 2008 to 2013 she also served as a member of the Parliamentary Assembly of the Council of Europe.