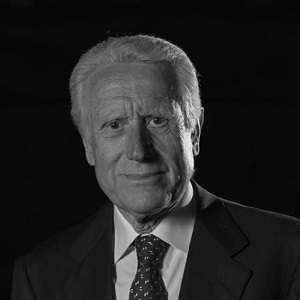 Giancarlo Aragona is a member of ISPI’s Scientific Committee. From 2011 to 2016 he was President of ISPI. In 1977 he was appointed Counselor and Deputy Chief of Mission at the Italian embassy in Lagos. He returned to the Foreign Ministry in Rome in 1980 and, after two years in the Africa Department, in 1982 he was Head of the Mediterranean and Middle East Office at the Department for Development Cooperation.  In 1984 he was sent as First Political Counselor to the embassy in London. In 1987 he was moved to the Italian Permanent Representation at the North Atlantic Council in Brussels, as Minister and Deputy Permanent Representative. He returned to Rome in 1992 to be appointed Diplomatic Advisor to the Minister of Defence. In 1995 he became Director of Cabinet of the Foreign Minister.  In 1996 he was Secretary General of the OSCE in Vienna. In 1999 he was appointed Italian Ambassador to Moscow, a position he held until 2001, when he returned to Rome to be appointed Director General for Political Affairs in the MFA. In 2004 he was sent as Italian Ambassador to London.  In 2009 the Secretary General of NATO appointed him a member of the Group of Experts entrusted with preparing the Alliance Strategic Concept.