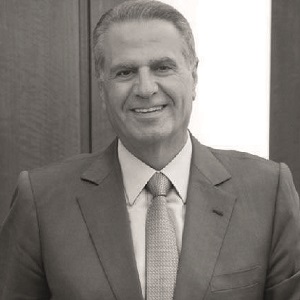 Jacques Jean Sarraf is Chairman of Malia Holding. The company grew exponentially to encompass 27 companies, active in 6 sectors including: Industries, Consumer Goods Distribution, Technology and Management Solutions, Fashion and Luxury, Engineering and Contracting, and Hospitality and Real Estate. Malia Group is operational in the Levant, GCC, and North Africa, and allied with the world’s leading multinationals. In 2014 Jacques Jean Sarraf was appointed President of BusinessMED (Union of Mediterranean Confederation of Enterprises) and is Dean of the Lebanese Industrialists. He is the Honorary Consul of the Federation of Russia, Chairman of the Lebanese-Russian Business Council, and the President of the Lebanese-Russian Friendship Association. He also serves as a Board Member of the International Chamber of Commerce (ICC-Lebanon).