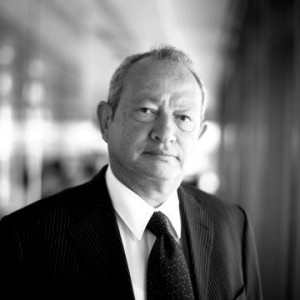 Naguib Sawiris is Chairman of the Board of Weather Investments II S.r.l, La Mancha Resources Inc.’s parent company, and also the Executive Chairman of Orascom Telecom Media and Technology Holding S.A.E. (OTMT). He is the founder of Orascom Telecom Holding S.A.E., which he led to become one of the leading Mediterranean telecom players until 2011 when it became part of a merger deal with Russian Vimplecom. Between 2006 and 2007 he was chairman of the Egyptian side of the Egyptian Italian Business Council. Since August 2012 he has been Chairman of La Mancha, an international gold producer based in Canada with operations, development projects and exploration activities in Africa, Australia and Argentina.