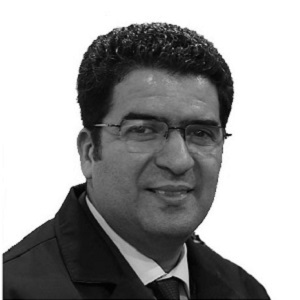 Omar Abdusslam Tarhuni has been the Coordinator designated to organize meetings to receive. Foreign Ministers (Italy-Germany-France), appointed by the Presidential Council of the Government of National Accord (GNA), since May 2016. In April 2016 he became the Head of the staff of the GNA Vice President, and in January 2016 Senior Advisor of the Libyan Deputy Prime Minister in the Presidential Council of the GNA. After finishing his PhD in Veterinary Sciences at the University of Perugia, Doctor Tarhuni returned to Libya where he first worked in academia and later received several appointments within the Ministry of Higher Education. In 2015 he was Special Advisor for Political Dialogue in Skhirat.