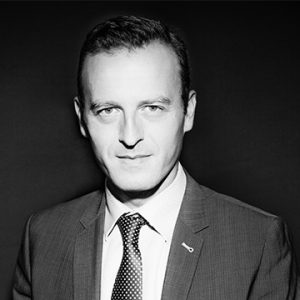 Thomas Gomart is Director of IFRI. He previously was its Vice President for Strategic Development (2010-2015) and the Director of its Russia/NIS Centre (2004-2013). He is also the co-editor of the trilingual electronic series Russie.Nei.Visions.  Before joining the think tank industry, he was Assistant Professor at La Sorbonne (1996-1999), a cadet officer in the Army (2000), and a policy entrepreneur (2001-2004). Joining IFRI in 2004, he set up the Russia/NIS centre. His academic and professional background has been closely related to post-Soviet space, but also to wider international issues (security, energy, and digital governance). Thomas Gomart has managed many projects with leading international think tanks, including high level officials from various governments, senior executives from global companies, NGO’s activists, and leading journalists. As Vice President for Strategic Development, he dealt with fundraising, digital activities, and research marketing. As Researcher, he is currently working on Russia, digital governance, country risk, and think tanks.